Crossing Series underscores a personal tale of discovery. In 2010, I returned for the first time to my family ancestral birthplace in Southeastern Herzegovina (Bosnia and Herzegovina in the former Yugoslavia). The trip afforded me an encounter with familiar communities and a way of life untouched by time yet devastated by conflict and violent demographic shifts. Crossing Series attempts to reflect, albeit allegorically, on this experience. Depictions of unspecified topography achieved through additive and subtractive stone lithography provide the foundation for short animated films, which, in return, inform the lithographs. For this series, I sculpted aluminum-foil models of bergs, Yugoslav architecture, and Brutalist monuments like the one in Sutjeska that inspired “Test Stone with a Rock study III (Distant View after H. Seghers)” before scanning, drawing, etching, printing, and filming them. Then, I used the animations as source material for more drawings and the process began anew. Transcending sculpting, drawing, print making and animation, Crossing Series explores the nature of composite narrative, in which visual signifiers, both real and invented, intersect to form imagery suggestive of dichotomies, proposing themes of displacement, transformation and revival. In Crossing Series, this fusion allows for rules of scale and representation to shift and for new visual narratives to emerge. The unfamiliar becomes almost tactile, while the familiar provides a handhold on reality. 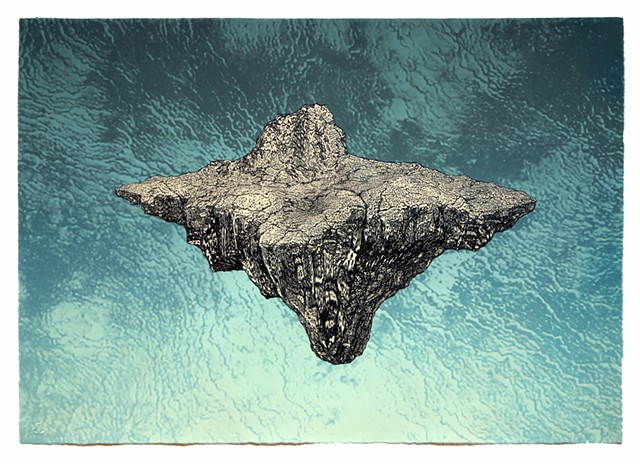 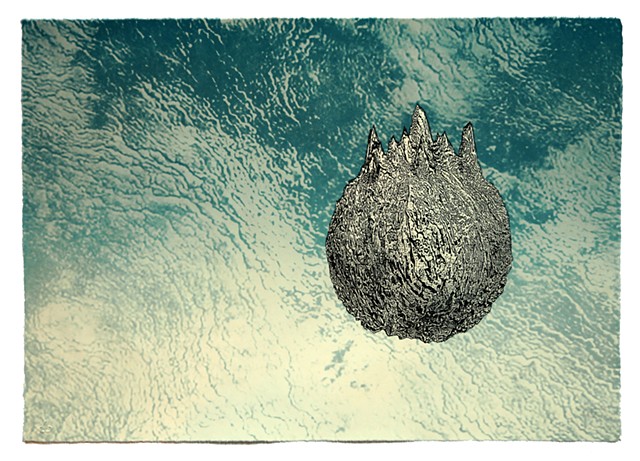 Pletikosa (Hagar in the Wilderness) 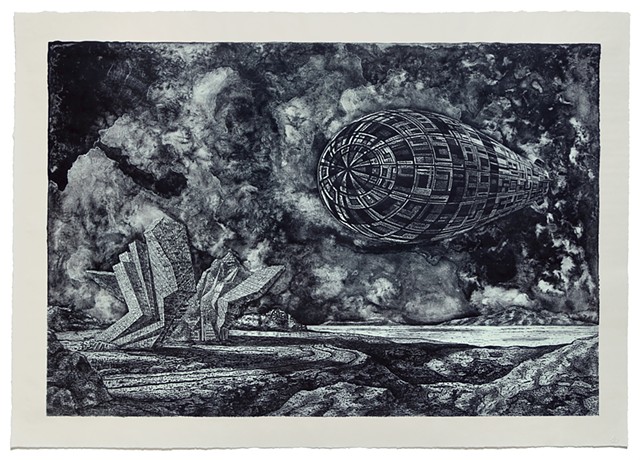 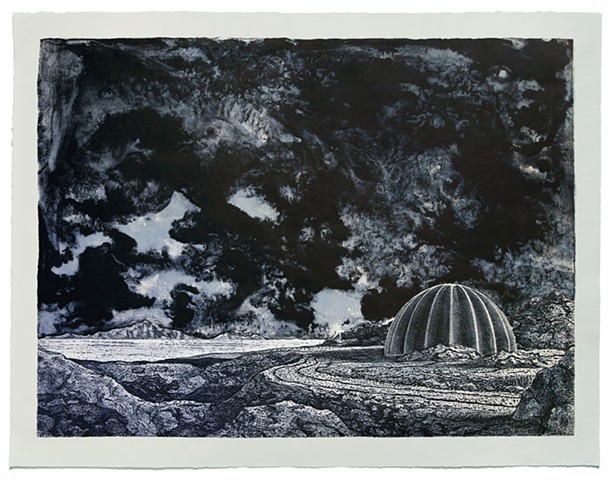 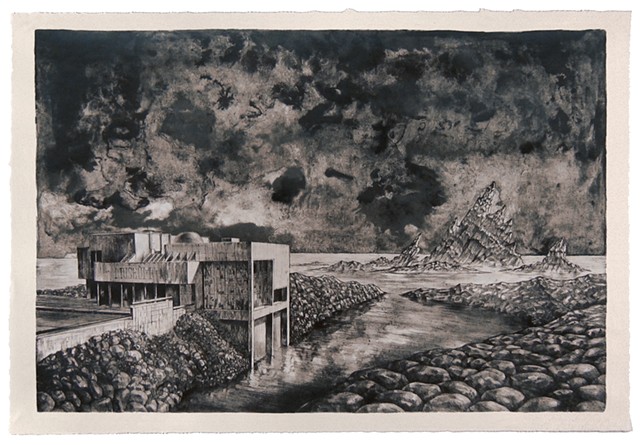 Landscape with a Rock study I with Green Gray Tint (Rocky Reef on the Sea Shore after C. D. Friedrich) 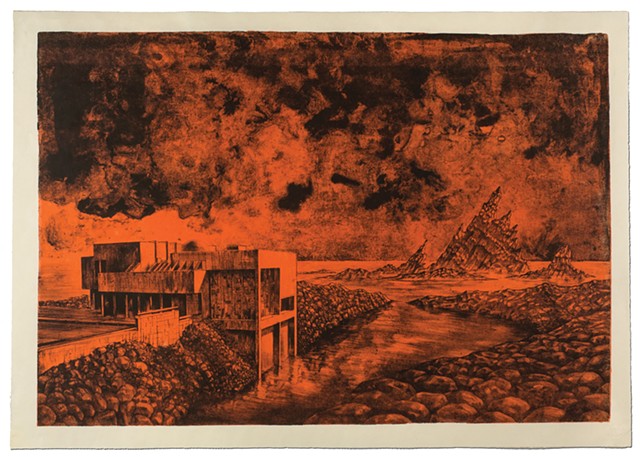 Landscape with a Rock study I with Orange Tint (Rocky Reef on the Sea Shore after C. D. Friedrich) 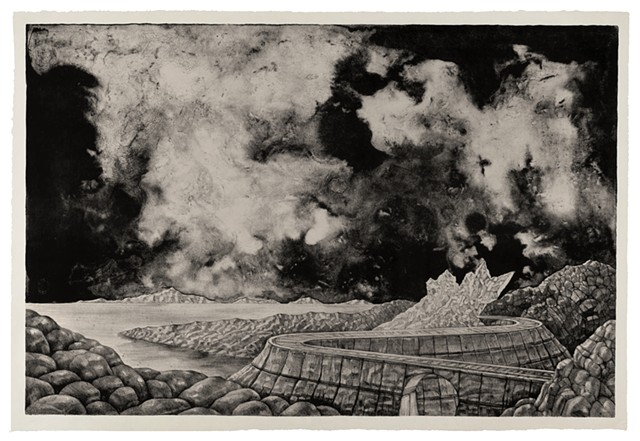 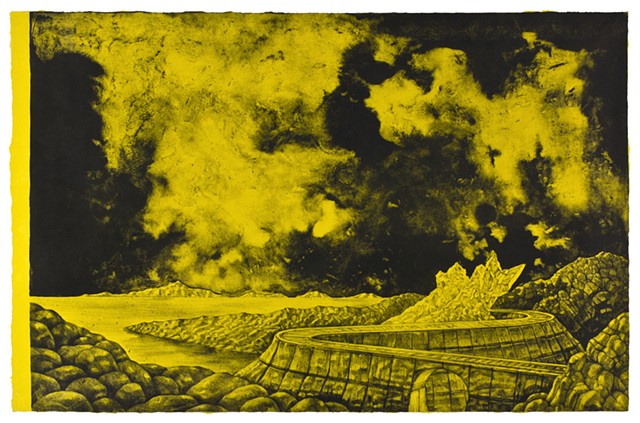 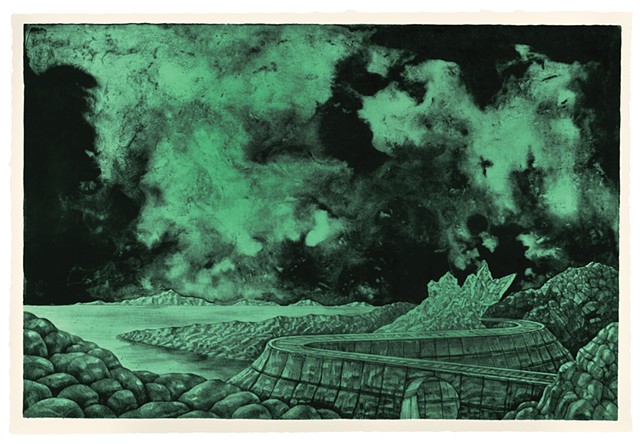 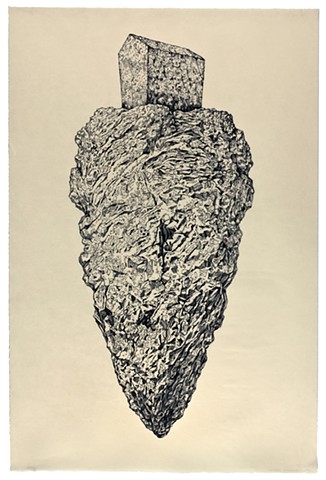 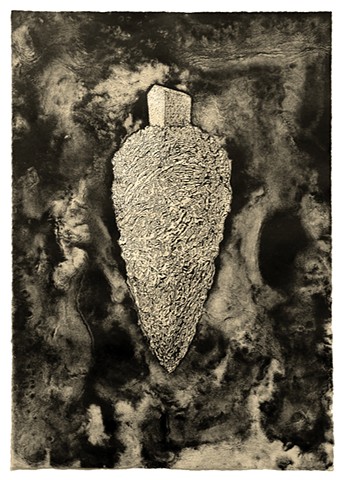 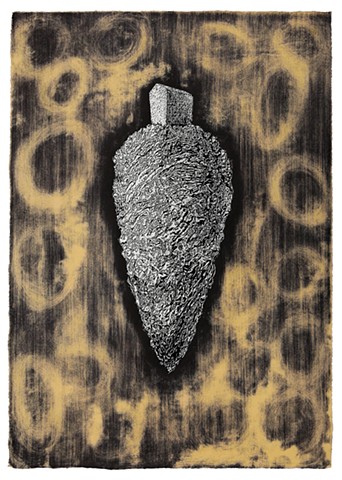 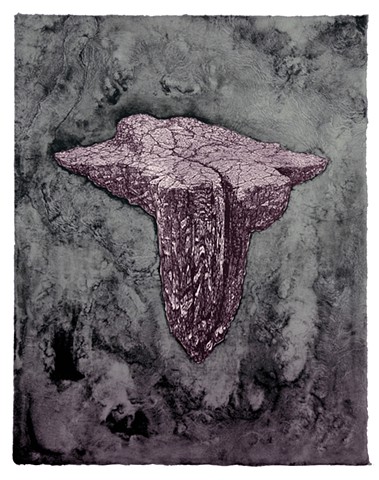 Vilogorac (The Myth of Sisyphus) 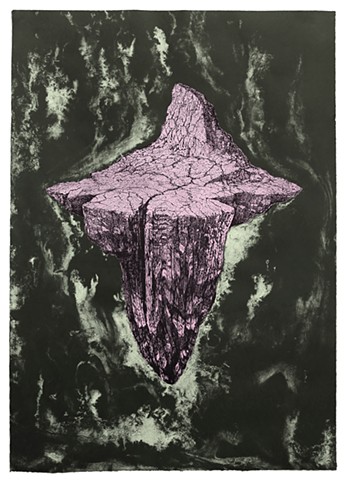 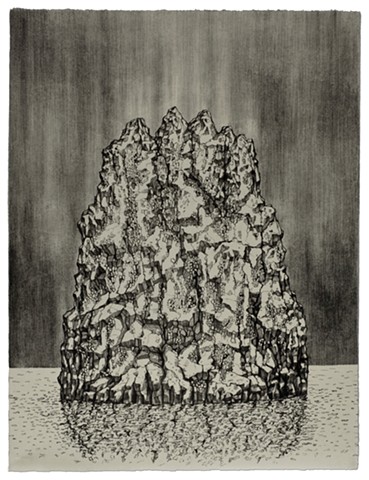 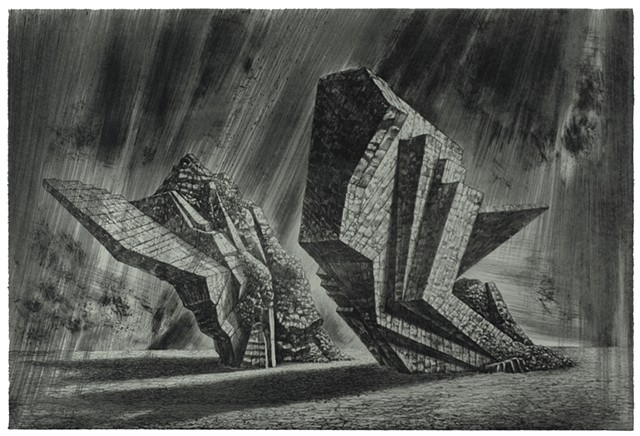 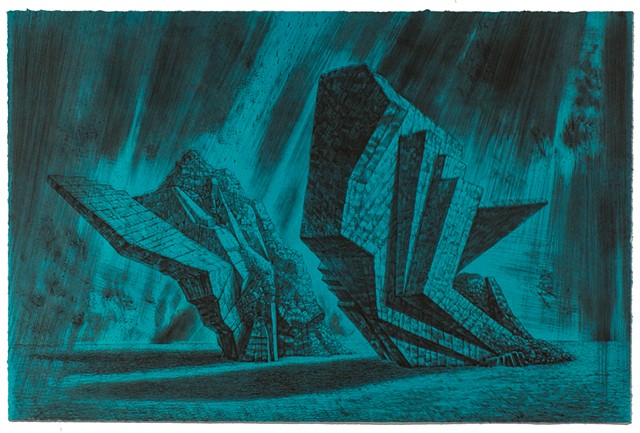 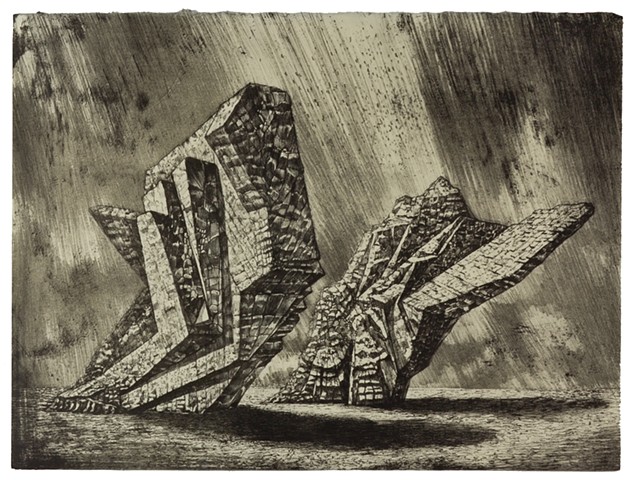 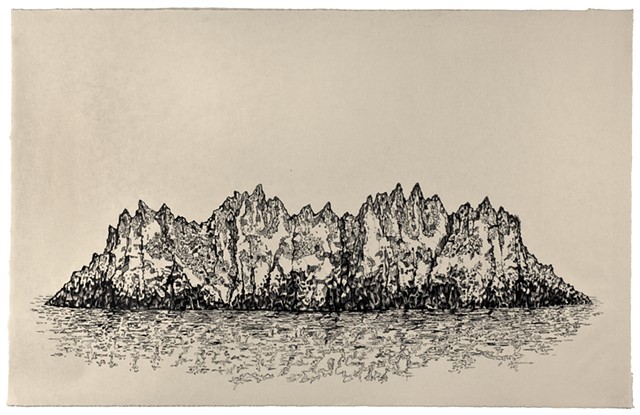 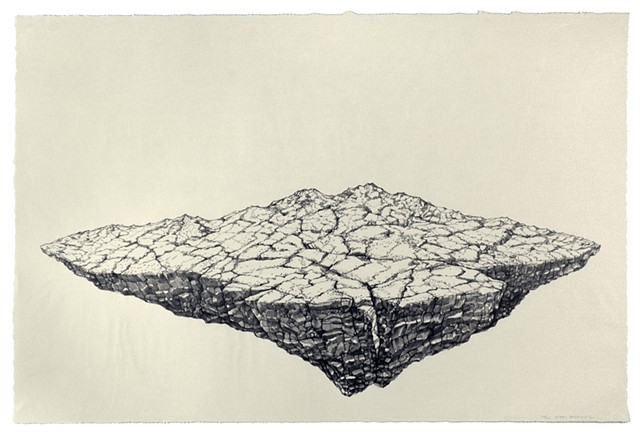 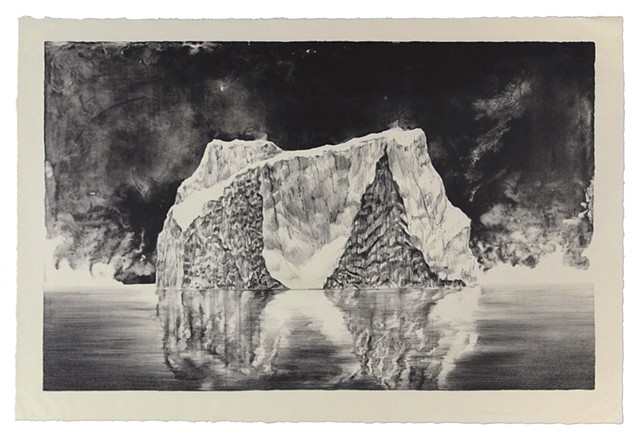 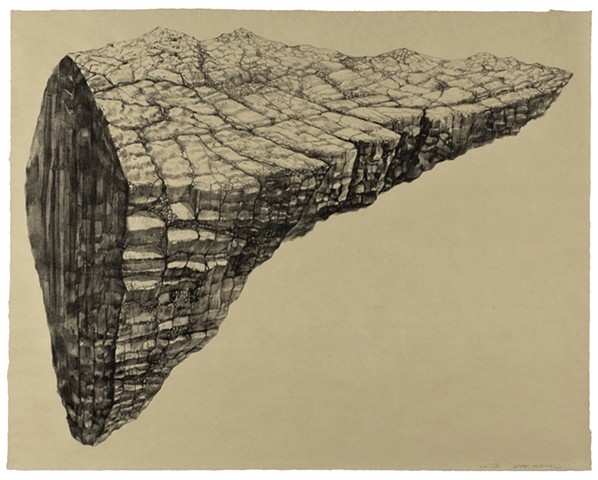 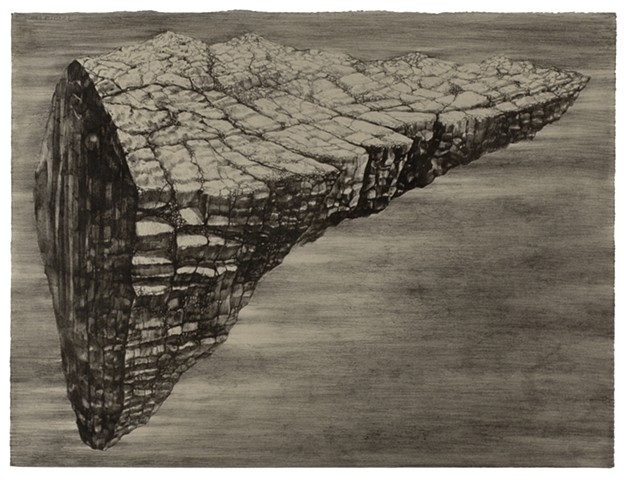 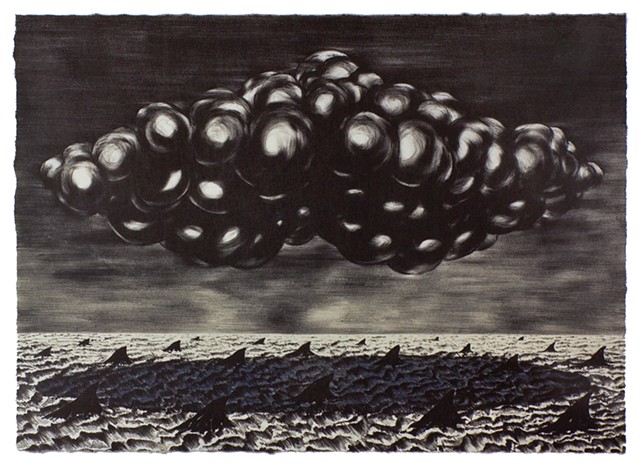 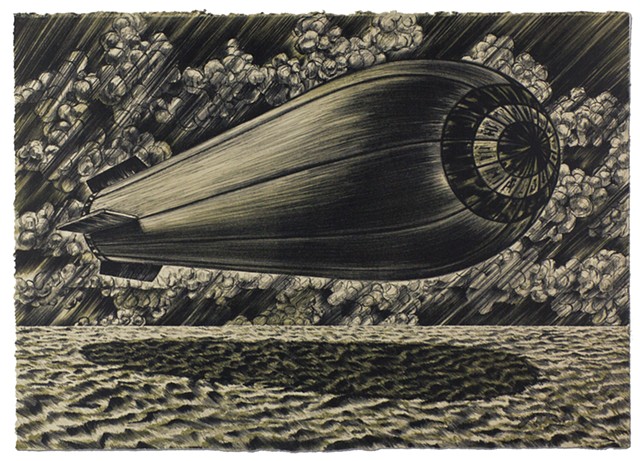 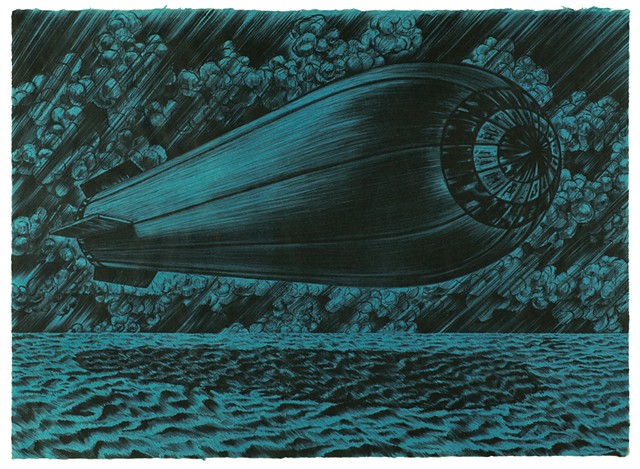 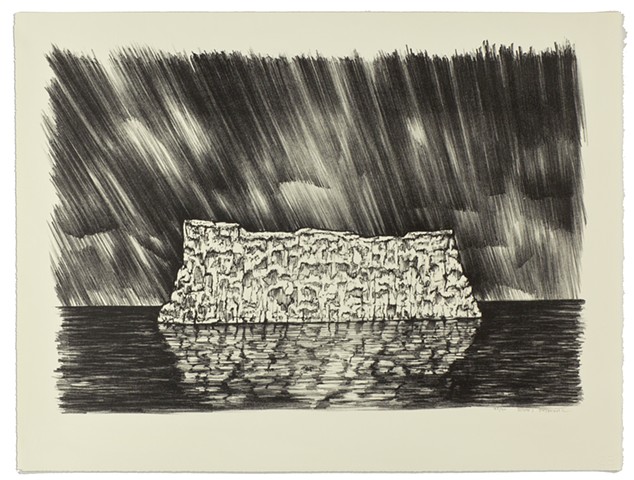 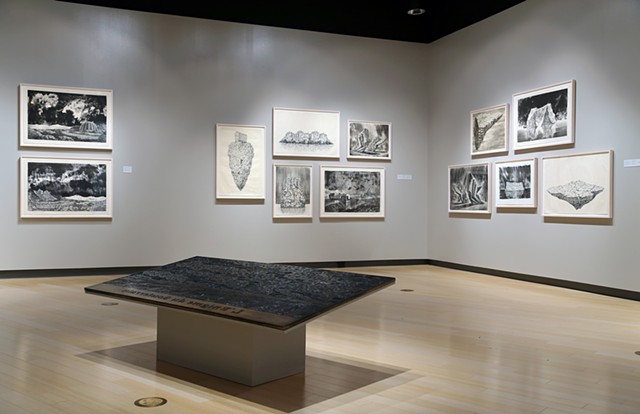